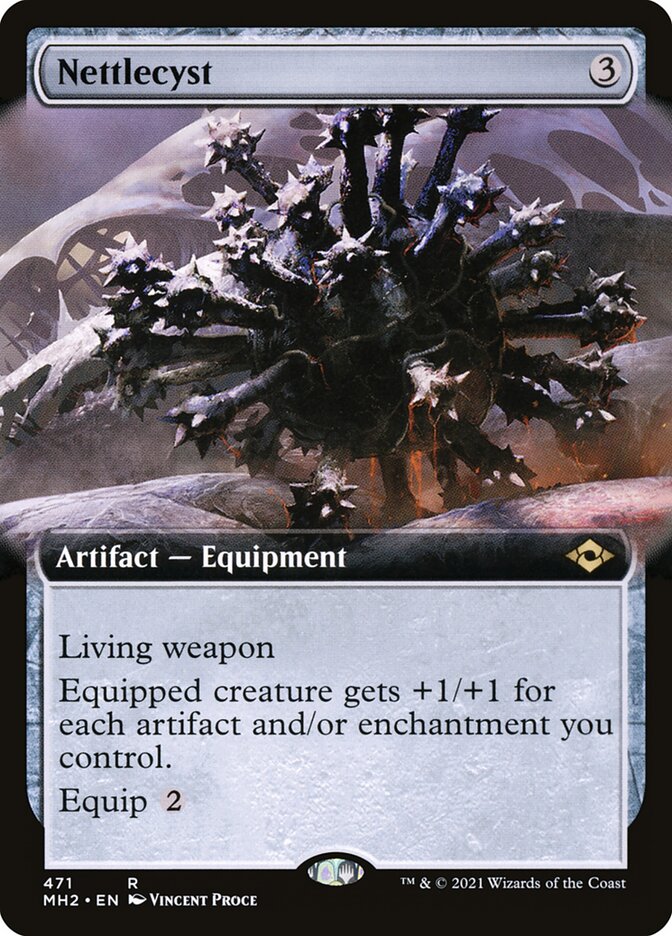 Living weapon (When this Equipment enters the battlefield, create a 0/0 black Phyrexian Germ creature token, then attach this to it.) Equipped creature gets +1/+1 for each artifact and/or enchantment you control. Equip {2}

Rules and information for Nettlecyst

If a permanent you control is both an artifact and an enchantment, count it only once when determining the bonus from an equipped Nettlecyst.

Like other Equipment, each Equipment with living weapon has an equip cost. You can pay this cost to attach an Equipment to another creature you control. Once the Phyrexian Germ token is no longer equipped, it will be put into your graveyard and subsequently cease to exist, unless another effect raises its toughness above 0.

If the Phyrexian Germ token is destroyed, the Equipment remains on the battlefield as with any other Equipment.

If the living weapon trigger causes two Phyrexian Germs to be created (due to an effect such as that of Doubling Season), the Equipment becomes attached to one of them. The other will be put into your graveyard and subsequently cease to exist, unless another effect raises its toughness above 0.